MY VIEWS ON MENTORING….

MY VIEWS ON MENTORING

In the latest issue of BUSINESS TODAY dated 5th July 2015 there is an interesting article on mentoring.

Here is what I have written to BT in response:

This refers to your superb feature on “Mentoring” in the latest issue of BT (dated July 5th 2015).Though the piece strictly refers to mentoring in case of Indian family businesses, mentoring is equally often essential in other forms of businesses as well. Basically mentoring means an employee training system under which a senior or more experienced individual (the mentor) is assigned to act as an advisor, counselor, or guide to a junior or trainee (the mentee). The mentor is responsible for providing support to, and feedback on, the individual under his or her charge. One can loosely define the mentor’s role as that of a friend, philosopher and guide.

My humble submission is that acting as a mentor for a “fee” may be another avenue of earning by sharing one’s experience / expertise but acting as a mentor for “free” gives more joy and satisfaction to the person playing the role of a mentor. For example, in the case of a senior college professor, who voluntarily acts the role of a mentor, then, If his student passes a tough competitive exam with his guidance, if he / she lands a good job in a career field of his / her choice with his help or if he / she gets a much coveted position / promotion in her job / office with his tips, then the professor feels amply rewarded and blessed. Such a free mentorship is a way of giving back something to the society I feel.

One more point I wish to submit is about the latest trend of “reverse mentoring” in our country, based on my reading about this interesting subject. In a young  country like ours where more than 50 per cent of the population is below the age of 25 and more than 65 per cent below the age of 35, the traditional concept of mentorship may not yield the desired results. With our population becoming younger, it is essential for organizations to evolve to the needs of new young India. Within this broad spectrum of change is emerging a technique known as “reverse mentoring”. This concept, being increasingly adopted by savvy, new-age organizations, turns the old paradigm of mentorship into a higher and more effective collaborative effort. The clincher here is that the younger person becomes the mentor and the seasoned senior professional becomes the mentee. Typically, the mentee has more overall experience (as a result of age) than the mentor (who is younger), but the mentor has more knowledge in a particular area and therefore reverses the conventional relationship.

Benefits of reverse mentoring for the mentor are:
He gets access to a wealth of experience for his/her own personal development. A good mentor would keep on picking the mentee’s brains. He gets valuable insights on the virtual world, which is becoming increasingly relevant for the business. The challenge of mentoring a leader forces the mentor to venture into unexplored territory —something that he/she may not be doing in the routine job.

Benefits of reverse mentoring for the mentee are: He gets to understand the consumer preferences, likes and dislikes of the youth segment. He helps engage his/her team better by understanding their needs and desires. He helps getting acquainted with technology, social media, trends etc. A reverse mentor could be a good sounding board for the mentee to test and develop ideas.

Enjoyed reading the article and sharing my views! 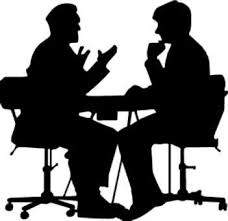 This entry was posted in Comments to print media, Ideas, Social Commentry. Bookmark the permalink.

1 Response to MY VIEWS ON MENTORING….