Statutory Warning: I am not the poet of this poem.

I liked this delightful poem on the present state of affairs of our cricket stars (?).

It is a copy paste job from a FB friend’s page by permission. Read and smile:

The Nawab of Najafgarh, Virender
Wearing a halo, went to Down Under.
He will, we thought, pulverise the Aussies
… And make mincemeat of the Husseys
But alas Virender, what an abject surrender!

Gautie, the Team’s new ‘groom,
Will surely push the Aussies to their doom
But poor Gautam is no more the same,
Gambhir…..’tis only in his name.
The guy’s still dreaming of his bedroom!

Here,, he walks in, Dravid, the Wall,
Amidst ruins, he stands quite tall!
Grim faced, determined, he faces the Aussie,
But, Jammy, it’s a different cuppa tea!
The Wall crumbles, heralding his fall.

There comes Sachin, with a heart so large,
The Masterblaster, cool, collected, fully in charge.
Its gotta be today, the crowd roared!
With bated breath we waited, hopes soared,
But the Hundredth 100? Sachin’s still chasing the mirage!

Old man Laxman, he’s plodding along,
And ambles for a run, as if it’s a Walkathon!
Team India expected a miracle,
But VVS landed us in a debacle
He’s still surviving on his 2-8-1.

Zak, Ishant, Umesh and Ashwin,
Our pace men and one with a spin,
Poor guys, they bowled their hearts out,
But the Aussies stood their crease, firm an’ stout,
The quartet not good enough to Win. 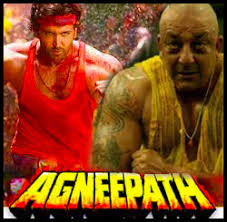 The AGNEEPATH series, still on, but
The fire has long been put out.
Our Wizards of the Willow reduced to Ash,
What remains is the final whitewash.
AGNEEPATH?…Sorry Pal, its AGNEE….PHUT!…PHUT 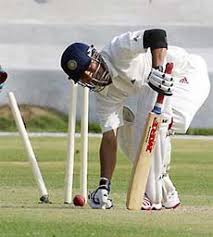 This entry was posted in Comments to print media, Social Commentry. Bookmark the permalink.

4 Responses to CRICKET’S DAY OF RECKONING!!