I had posted a blog piece titled:”NOSTALGIA-V …World of Cartoons”,on my blog on 12th January,2010.Here is the link to it : http://seeingwithc.org/jsblog/?p=576.

I am sad to hear about his death.My favourite cartoonist Mario Miranda passed away on 11th December 2011.Here is a news item on his death, from Business Standard of 12th Dec :

Renowned cartoonist Mario Miranda, immortalised by his depiction of Goan life and his humorous take on the world around him, passed away at his residence near here today. He was 85. The veteran cartoonist, who has left an indelible mark in his field with his inimitable style, died in his sleep this morning at his ancestral home in Loutolim village, about 40km from here, Gerald D’Cunha, a family friend of Miranda, said.

Miranda’s creations like Miss Nimbupani and Miss Fonseca were regularly featured in ‘Femina’, ‘Economic Times’ and ‘The Illustrated Weekly of India’. Miranda studied atSt Joseph’sBoysHigh School,Bangaloreand obtained BA (History) from the prestigious St Xavier’s College in Mumbai. Initially, he was interested in joining the elite Indian Administrative Service (IAS) but changed his mind and started studying architecture on his parents’ insistence, according to family sources.Soon he lost interest in architecture too and ventured into arts. He started his career in an advertising studio and worked for four years before taking up cartooning.

Miranda got his first break when ‘The Illustrated Weekly of India’ (now defunct) published a few of his cartoons. He also received offer from ‘Current’ magazine. A year later, he was offered job in ‘The Times of India’. He got an opportunity to travel abroad after winning Fundacao Calouste Gulbenkian scholarship. He went toPortugaland then toLondon, where he worked for newspapers and in television animations.

During his career spanning several decades, Miranda illustrated numerous books, including ‘Inside Goa’ by Manohar Malgaonkar, ‘A Family inGoa’ and ‘The Open Eyes’ by Dom Moraes.The artist received many national and international honours, including ‘Padma Bhushan’, the third highest civilian award of the country, in 2002 and Padma Shri in 1988.

Miranda is survived by wife and two sons. The last rites will be performed tomorrow, family sources said. 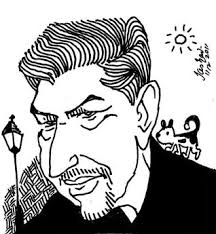 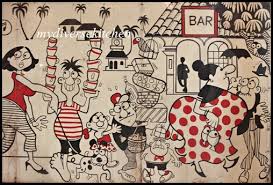 This entry was posted in Cartoons, People. Bookmark the permalink.