I am reproducing an editorial from a very popular and a a high quality e-magazine called MUSE INDIA.Its  recent edition of NOV-DEC 2011,contains a special section/feature  titled :”Humour in Daily Life” this time.The editorial has very kindly, included  a few comments of mine on the subject under discussion.Read it and smile away ….THANK YOU Ambika Ananth ji.

Image credit – binscorner.com
It is far easier to write on serious topics, tearjerker-tales and morbid stories. The ability to make someone laugh or smile is a trait which is rare and precious. Writers too agree that writing on human pathos and sadness is a much easier affair than writing humour. It requires a shrewd wisdom, tact, knowledge and a way with words to versify smiles into words. That’s why humour is called a difficult animal to tame – once it is tamed, it becomes one’s dearest pet ( subject ).

“The tragedy of life is not that man dies, but is rather what dies inside him while he lives”.

A world wide survey once reported that a majority of CEOs around the world said that they would hire a person with a sense of humor rather than one who is lacking that because humour triggers lateral thinking, which leads to creativity, which in turn accelerates innovation in any Organization. CEOs know this cycle very well. Kings hired jesters in earlier eras and contemporary CEOs are going that way by hiring “Fun Managers.”

Centuries ago kings and emperors depended on people with humour. Indian Kings, Egyptian pharaohs, Babylonian kings had them in their courts, Roman emperors nurtured them and Chinese courts honored them.

The so-called fools used to ‘jolt’ the king’s thought process by seemingly harmless jokes which brought perspective, shattering the existing mindset. Kings could judge better, make ‘quality’ decisions with new perspectives given by the off-beat observations of these jesters. They needed them because kings were always surrounded by “yes men”. Humor may not solve problems straight away but will certainly give a new perspective to the whole game. There is an inexorable link between humour and performance. It takes intelligence and imagination to crack a joke, even to understand one!!

Humor stretches your thinking, it allows you to combine ideas widening the perspective. For sure there must be a link between ‘ha ha’ of humor and ‘aha’ of discovery

When I met up with a Management Consultant once the answer for my question whether it is good to hire people with sense of humour or not was – “Yes, I’d certainly want somebody in my office who, like a Cheshire cat, has a loveable grin. Of course competence being the reason for that wide grin, who can infuse enthusiasm and energy into my office, who cannot resist to see happy and positive side of things. Tell me, who wouldn’t like an office that vibrates with ideas and throbs with smiles…??”

“New designations are cropping up in the corporate world, such as chief fun officer, chief happiness officer and even a cost kill analyst. One IT company in Bangalore has renamed the designation of CEO as chief gardener. Another IT company has a chief mentor. May be a north based IT company will have ‘chief guruji’ instead of chief mentor. Future Group has a chief belief officer. Project managers are now subject matter experts (SMEs). Even employees do not know who is senior — chief fun officer or cost kill analyst or this new ‘guruji.’ The chief fun officer in an ITES company is responsible for keeping the work place fun-filled by pasting funny cartoons and jokes in the cubicles and allowing the staff to wear comic dresses once in a way.” When one reads these lines by N.N.Bala, a middle writer, one will understand the significance of ‘fun-filled offices’.

Actually many studies are being conducted again and again to prove the benefic effects of fun and laughter on emotional and physical health of humans. Laughter is called the ‘best medicine’ not without any proof. Studies have shown that laughter increased immunoglobulins and also that happiness, laughter and relaxed attitude reduced the incidence of repeat heart-attacks in heart patients. Laughter is used in pain management therapies very significantly. Humour therapy seems to help and assuage the miseries of life at many levels. Humour is supposed to have an energy of its own which can energize body, mind and spirit.

Anthropologists say that there is no society or culture in history that lacked humour and that humour is a natural part of human existence. Plato stated that ‘serious things cannot be understood without humourous things, nor opposites without opposites.’

Humour writing in many languages has been flourishing and is here to stay forever as we humans are constantly in need of it at the core level. We start laughing as infants – we must strive not to lose that child-like attitude as adults.

J.S. Broca, the most prolific humour-writer on Muse India site says – “I think that during these stressful times, we have just forgotten to laugh. Literally, we have no time to laugh. I feel, a time will come when we may put an alarm on our mobile phones to remind us to laugh at say 6 in the morning, again at 2 in the afternoon and yet once more at 10 at night. If we don’t laugh naturally now, we will perhaps have to join a laughter club in our old age to laugh artificially – instead let us laugh and remain fit now.”

In this section, we have humour pieces, satirical poems and limericks which have the potential to linger on in the readers’ minds to bring smiles on and on.

‘Nothing is more curious than the almost savage hostility that humor excites in those who lack it’ said George Saintsbury. I am sure our humour section will not trigger such a savage hostility in our readers, as I am sure we have lots and lots of ‘fun’ readers with us, who have the art of getting royally tickled.

I thank the contributors, Prof. Amrit Sen, J.S. Broca, Nuggehalli Pankaja, Dr.Jagadish Shenoy, Mausami Sen, Panchanan Dalai, Dhriti Ray Dalai, Padmaja Iyengar, Raj Pandravada, Rumjhum Biswas and Atreya Sarma who could send their work with a short notice- it goes without saying that those who laugh and make others laugh can handle everything well.

There was a young lady from Niger
Who smiled as she rode on a tiger,
They returned from the ride
with the lady inside
and the smile on the face of the tiger ( Anonymous)

I request you my friends and students to read it and submit their comments on this editorial. 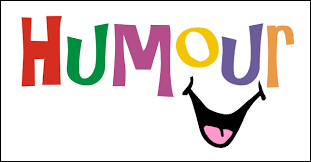 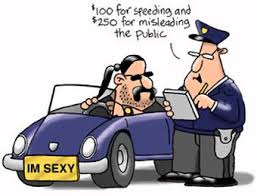 This entry was posted in Humour, Ideas. Bookmark the permalink.