Here is the latest BREAKING NEWS Story of CORPORATE WORLD of INDIA.The million dollar question :”Who will succeed Ratan Tata?” has been finally answered today.Read this :

MUMBAI – The next chairman of India’s venerable salt-to-software conglomerate Tata Group will be an insider and a family member by marriage.

India’s biggest corporate house had mounted a global search that lasted more than a year for a successor to Chairman Ratan Tata, but ended up tapping Cyrus Mistry, whose father is the biggest shareholder in the Tata Sons holding company.

Mistry, 43, was named deputy chairman of Tata Sons and will succeed Ratan Tata when he retires in December 2012 at the helm of a sprawling conglomerate that generates two-thirds of its $83 billion in revenue from overseas.

“I would probably have been more worried if it had been an outsider, because the culture is so strong at Tata. This keeps the continuity,” said Andrew Holland, director at Ambit Capital in Mumbai.

“The only question mark could be that he is a large shareholder. I mean, the one thing people might raise is that the Pallonji family owns a large stake and a relative was given the job,” he said.

Mistry is the younger son of Pallonji Mistry, who with a stake of 18 percent is the single largest shareholder of Tata Sons, and has been a director of Tata Sons since 2006. The future chairman’s sister is married to Ratan Tata’s half-brother Noel Tata, who was also a candidate to be Tata chairman.

He has big shoes to fill in succeeding Ratan Tata, who has built the group from a $5 billion operation of steel making, commercial vehicles and hotels into a global empire, largely through acquisitions.

“It’s such a complex organisation, it’s a challenging position to step into. It’s very important that the new person has a vision for taking the group forward for the next 20-30 years,” said Taina Erajuuri, a fund manager at FIM Asset Management in Helsinki, which owns stock in Tata firms.

The Tata Group includes Tata Motors, owner of the Jaguar Land Rover brands and maker of the Nano, the world’s cheapest car, as well as Tata Consultancy Services , Tata Steel and dozens of other companies.

In August 2010, the group named a five-person panel, which included Cyrus Mistry himself, to look for a successor to Ratan Tata, who is not married and does not have children, for India’s highest-profile corporate post.

The panel conducted a global search and considered bringing in what would have been the first non-family member as chairman. The closely watched but tightly guarded search had been expected to wrap up by March but took longer.

Sources told Reuters earlier this year that the committee had approached PepsiCo Chief Executive Indra Nooyi, an Indian-born American, who declined to enter the race for personal reasons.

The panel met 18 times, and when Mistry became a candidate for the post, he excluded himself from deliberations on himself and other candidates, a group spokesman said.

Noel Tata had been considered a front-runner after he was moved into the top spot in the group’s international operations.

“It’s been a long decision and they have looked hard, and they must have their reasons for taking this decision, for selecting someone from the inside and not an outsider. We also have to remember that he will work with Ratan Tata for a year, so I suppose he will be groomed,” Erajuuri said.

An engineer by training, Mistry is managing director of Shapoorji Pallonji Group, a major construction firm that has been in business for 147 years, and does not have a high public profile. He was not available for comment.

“I am aware that an enormous responsibility, with a great legacy, has been entrusted to me,” he said in a statement.

Mistry will be the sixth chairman of the 143-year-old group, and just the second not named Tata.

The Tata group was founded as a textile business in 1868 by Ratan’s great-grandfather, Jamsetji Tata, a member of the close-knit Parsi community — Persian Zoroastrians who fled to India around the 10th century. His older son expanded into steel, insurance and the production of soaps and cooking oil.

“I would think that the new chairman has the unenviable task of trying to move fast in a difficult global environment, particularly in Europe, where they have made so much investment,” Holland said.

Unlike most of India’s big business houses, the Tata group is not family owned and Ratan Tata is not on the Forbes list of billionaires. Tata Sons holds the bulk of shares in key companies, and philanthropic trusts endowed by the Tata family own 66 percent of Tata Sons.

Pallonji Mistry, also a member of south Mumbai’s Parsi community, owns about 18 percent of the group, and ranks 9th on the last Forbes India rich list, with a fortune estimated at $7.6 billion.

As expected,the much awaited climax has been hailed by many as a HAPPY ENDING with an insider being identified for this coveted post.The story has all the masala for making a Hindi movie on this subject.Will someone take the challenge ? Lets wait and watch. 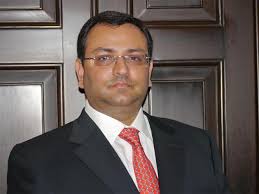 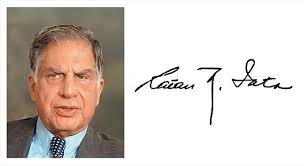 This entry was posted in Comments to print media, People. Bookmark the permalink.

1 Response to The Search Ends..