Sometime in June 2010,I had blogged a post titled :” Proverbs In Daily Life” ( Go to :  http://seeingwithc.org/jsblog/?p=1591 ).I have read a piece on the subject of Proverbs in TOI of today.Here it is with a few minor changes here and there.Hope it will make you smile as I did !

Pranks With Proverbs
GEORGE N NETTO
Oct 25, 2011, TIMES OF INDIA
Highly quotable they may be, but proverbs usually convey truisms with which we’re already familiar. Yet, with a dash of imagination and innovation, they lend themselves easily to witty extensions, jocular refinements or even a twist in the tail, thus making them quite entertaining. Indeed there’s nothing like a touch of humour to spice up a commonplace proverb. I, for one, can seldom use an adage without embellishing it with an addendum, funny or otherwise. It’s a legacy from my English teacher in school who encouraged us to be creative with axioms. Over the years these ‘enriched’ sayings have created ripples of amusement at parties and get-togethers besides serving as icebreakers.On the marital front there are a few home truths. Wedlock is a padlock – one of the keys to which is divorce. It takes two to tango – and three to create an eternal triangle. Variety is the spice of life – ask any monogamous male. Marriages are made in heaven – and unmade on earth. Familiarity breeds contempt – usually after marriage. Food and drink, too, throw up axioms that can be smartened up effortlessly. The proof of the pudding is in the eating – and the licking of one’s fingers. Too many cooks spoil the broth – but speed up the meal. When the wine is in, the wit is out – and also some zealously guarded secrets.Work-related proverbs also offer ample scope for manipulation. To wit, no man can serve two masters – unless both are generous paymasters. When there’s a will there’s a way – especially if it’s the boss’s will. Nothing is impossible – so long as you don’t have to do it yourself. Perky endings are easily suffixed to other general proverbs as well. Barking dogs seldom bite – others, you being an exception. A bird in the hand is worth two in the bush – provided it’s not a homing pigeon. Birds of a feather flock together – especially when they have a common grouse. Some similarly spruced-up sayings can be rather pointed too. Travel broadens the mind – and lightens the purse. You’re never too old to learn – something stupid. Time is a great healer – as well as a speedster. Cheats never prosper – but they do get rich fast. Dead men tell no tales – only their biographers do. Death is a great leveller – though life is seldom a level playground. Empty vessels make the most sound – and are promptly heard. When all you have is a hammer, everything looks like a nail – especially your fingertips. Honesty is the best policy – where others are concerned. Necessity is the mother of invention – when you need a watertight alibi. Hell hath no fury like a woman scorned – or a teenager denied a mobile phone.
Here’s another cross-section of pepped-up proverbs. Necessity knows no law – especially when you’re being chased by a rabid dog. Opportunity never knocks twice – but temptation bangs on the door repeatedly. Seeing is believing – especially when you catch your girlfriend with your best friend. Never put off till tomorrow what you can do today – unless you’re contemplating murder. Old habits die hard – when it comes to eavesdropping on your neighbours’ tiffs. All good things must come to an end – while bad things seldom seem to end. What goes up must come down – the exception being ever spiralling prices. Silence is golden – especially when you’re holding forth. A rolling stone gathers no moss – but it gets to see places. Imitation is the sincerest form of flattery – especially if you’re being aped.Indeed, any proverb – no matter how trite – can be made to sparkle with a suitable suffix. Besides driving home the point forcefully, it provides a crisp ending laced with a light-hearted touch – in fact, the snappier the ending, the better the impact of the proverb. So spread hilarity by injecting funny insights into your sayings.All it takes is practice, and practice makes perfect – and entertaining –PROVERBS ! –
COMPILED BY J S BROCA
HAPPY DIWALI 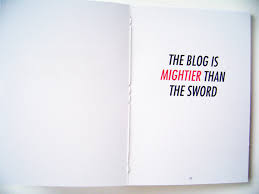 This entry was posted in Humour, Social Commentry. Bookmark the permalink.