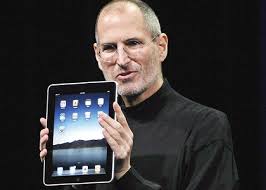 Steve Jobs,the iconic CEO of Apple passed away on 6th October 2011, after losing a long battle with pancreatic cancer.In spite of all the progress made by science and medicine,death has remained in a realm, beyond its reach.

When I read the news item : “Apple co-founder Steve Jobs dies” in the Financial Express of 7th October 2011 , my initial  reaction had poured out in the form of a letter to the editor as under:There have been three incidents connected with Apples,in our lives.First, as per the history of Christianity,in the story of Adam and Eve, the apple in the Garden of Eden, became a symbol for man’s quest for knowledge.Second,the apple also figures in one of the most famous anecdotes in the history of science. The young Isaac Newton is sitting in his garden when an apple falls on his head and, in a stroke of brilliant insight, he suddenly comes up with his Theory of Gravity.Third, Apple Inc. in the history of today’s world.Its CEO and icon Steve Jobs, an innovator and a visionary par excellence,has now passed away.The man who has changed the digital world profoundly with his unique products like Mac,iPod,iPhone and iPad,is no more but, whenever we will think of entrepreneurship,innovation,marketting skills etc Steve’s name will be on the top of our list.

His famous speech ending with his advise :”Stay Hungry,Stay Foolish” to the students of Stanford University in 2005,where he narrates three stories of his life,has become a case study in several B-Schools and will continue to motivate many for decades. Those who wish to see the video on this speech,can go to the following link:

Here are some of the famous quotes attributed to Steve Jobs :

Innovation distinguishes between a leader and a follower.

It’s more fun to be a pirate than to join the navy.

Be a yardstick of quality. Some people aren’t used to an environment where excellence is expected.

To turn really interesting ideas and fledgling technologies into a company that can continue to innovate for years, it requires a lot of disciplines.

You can’t just ask customers what they want and then try to give that to them. By the time you get it built, they’ll want something new.

Sometimes when you innovate, you make mistakes. It is best to admit them quickly, and get on with improving your other innovations

Here’s to the crazy ones, the misfits, the rebels, the troublemakers, the round pegs in the square holes… the ones who see things differently — they’re not fond of rules… You can quote them, disagree with them, glorify or vilify them, but the only thing you can’t do is ignore them because they change things… they push the human race forward, and while some may see them as the crazy ones, we see genius, because the ones who are crazy enough to think that they can change the world, are the ones who do.

I was lucky — I found what I love to do early in life.

Our goal is to make the best devices in the world, not to be the biggest.

Sometimes life hits you in the head with a brick. Don’t lose faith.

Your time is limited, so don’t waste it living someone else’s life. Don’t be trapped by dogma – which is living with the results of other people’s thinking. Don’t let the noise of others’ opinions drown out your own inner voice. And most important, have the courage to follow your heart and intuition.

Your work is going to fill a large part of your life, and the only way to be truly satisfied is to do what you believe is great work. And the only way to do great work is to love what you do. If you haven’t found it yet, keep looking. Don’t settle. As with all matters of the heart, you’ll know when you find it.

Innovation has nothing to do with how many R&D dollars you have. When Apple came up with the Mac, IBM was spending at least 100 times more on R&D. It’s not about money. It’s about the people you have, how you’re led, and how much you get it.

I’m convinced that about half of what separates the successful entrepreneurs from the non-successful ones is pure perseverance.

What a computer is to me is the most remarkable tool that we have ever come up with. It’s the equivalent of a bicycle for our minds.

Being the richest man in the cemetery doesn’t matter to me … Going to bed at night saying we’ve done something wonderful… that’s what matters to me.

I would trade all of my technology for an afternoon with Socrates.

I think if you do something and it turns out pretty good, then you should go do something else wonderful, not dwell on it for too long. Just figure out what’s next.

I wish developing great products was as easy as writing a cheque.

I also happened to read another tribute to Steve Jobs, by an eminent CEO in Financial Express of 8th October 2011 titled :” iCAME,iSAW,iConquered”.Those interested can read it by going to the following link :

I liked the piece and wrote my reaction to it as under :

This refers to the column :”iCame,iSaw,iConquered ” by Ajay Chowdhry in FE of 8th October 2011.

It is one of the most befitting tributes paid to late Steve Jobs. Kudos !
It reminded me of a recent and equally moving piece titled :” Why Entrepreneurs Love Steve Jobs” by Simon Sinek-the author best known for developing and popularizing the concept of “Why”.He begins the tribute with these words :” It is both rare and special to witness such a spontaneous outpouring of love and admiration for the passing of a CEO. The last time we saw similarly spontaneous vigils was when Princess Diana died. But the love we’re expressing for Steve Jobs is not due solely to his genius or his vision. It is not just because he defined a digital generation. Steve Jobs is much more special than that.”
Steve Jobs’ famous,moving and hard-hitting speech, to the students of Stanford University in 2005,shows of what stuff he was made of, how he converted every threat that came his way, into an opportunity and how he rose up in life to such glorious heights in spite of his humble background.The speech has become a case study in leadership and human relations in many B schools. His final message to the students community then, still remains relevant in today’s times.”Stay Hungry,Stay Foolish”, though a borrowed quote, asked students to be always hungry for knowledge and appear to be foolish,if they wished to learn more from this world.
It is said :”Those whom Gods love,die young.” Steve at 56, was indeed young and we can be sure that the Supreme Force, up there, must have had better designs  for this visionary,genius and an iCon in the realms of the divine world.
Farewell,Steve ! 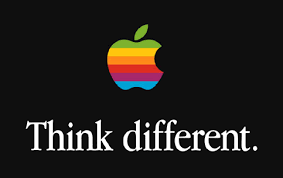 This entry was posted in . Bookmark the permalink.