Posted on July 21, 2011 by Jatinder Pal Singh Broca
Taxing Times…
It is time again to file our Income Tax returns.
I cannot refrain from posting a funny little poem I had read in my college days.
. 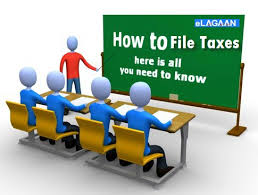 Wish you all the best in these taxing times !

This entry was posted in Current Affairs, Humour, Social Commentry. Bookmark the permalink.