Posted on June 7, 2011 by Jatinder Pal Singh Broca
What is Facebook ? 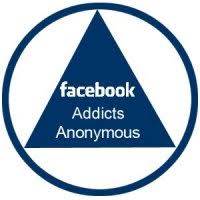 As per information gathered from Wikipedia,here is something about Facebook :
Facebook is a social networking service and website launched in February 2004, operated and privately owned by Facebook, Inc. As of January 2011,Facebook had more than 600 million active users.Users may create a personal profile, add other users as friends, and exchange messages, including automatic notifications when they update their profile. Facebook users must register before using the site. Additionally, users may join common-interest user groups, organized by workplace, school or college, or other characteristics. The name of the service stems from the colloquial name for the book given to students at the start of the academic year by university administrations in the United States to help students get to know each other better.
Facebook allows any users who declare themselves to be at least 13 years old to become registered users of the website.Facebook was founded by Mark Zuckerberg with his college roommates and fellow computer science students Eduardo Saverin, Dustin Moskovitz and Chris Hughes.The website’s membership was initially limited by the founders to Harvard students, but was expanded to other colleges in the Boston area, the Ivy League, and Stanford University. It gradually added support for students at various other universities before opening to high school students, and, finally, to anyone aged 13 and over, but based on ConsumersReports.org on May 2011, there are 7.5 million children under 13 with accounts, violating the site’s terms.
A January 2009 Compete.com study ranked Facebook as the most used social networking service by worldwide monthly active users, followed by MySpace.Entertainment Weekly included the site on its end-of-the-decade “best-of” list, saying, “How on earth did we stalk our exes, remember our co-workers’ birthdays, bug our friends, and play a rousing game of Scrabulous before Facebook?”Quantcast estimates Facebook has 138.9 million monthly unique U.S. visitors in May 2011. According to Social Media Today, in April 2010 an estimated 41.6% of the U.S. population had a Facebook account.
Here is some criticism of Facebook :

Facebook has met with controversies. It has been blocked intermittently in several countries including the People’s Republic of China, Vietnam, Iran, Uzbekistan, Pakistan, Syria, and Bangladesh on different bases.

For example, it was banned in many countries of the world on the basis of allowed content judged as anti-Islamic and containing religious discrimination. It has also been banned at many workplaces to prevent employees wasting their time on the site.

The privacy of Facebook users has also been an issue, and the safety of user accounts has been compromised several times. Facebook has settled a lawsuit regarding claims over source code and intellectual property.

In May 2011 emails were sent to journalists and bloggers making critical allegations about Google’s privacy policies; however it was later discovered that the anti-Google campaign, conducted by PR giant Burson-Marsteller, was paid for by Facebook in what CNN referred to as “a new level skullduggery” and which Daily Beast called a “clumsy smear.”

Seeing to the pressures from my friends,relatives,students,bank collegues etc,I had joined FB sometime ago and as on date I have 87 friends.I am still to become an addict though.I VALUE MY PRIVACY and so hesitate to be more open by posting family photographs etc.I restrict using my account for chatting with a few members sometime and posting my articles,poems etc from my blog.

There are many jokes in circulation about FB and its impact,addiction,usage etc.From time to time I hope to post some jokes on this blog with a view to justify the tag-line of my blog :”Laughter is the best medicine.”

Here is the first one in this series :

WHAT IS FACEBOOK ? ITS A PLACE WHERE BOY POSTS JOKE,GETS NO RESPONSE.AND IF GIRL POSTS THE SAME JOKE,SHE GETS 150 LIKES , 300 COMMENTS AND 60 REQUESTS FOR FRIENDS.
More on FB later.Till then,keep smiling…

This entry was posted in Current Affairs, People, Social Commentry. Bookmark the permalink.