Posted on April 25, 2011 by Jatinder Pal Singh Broca
To Deepika……
“Deepika Padukone faces chapati challenge” was a news item in HT of 23rd April 2011.To read the item and my comments on it on website of HT,please go to the following link:
http://www.hindustantimes.com/Deepika-Padukone-faces-chapati-challenge/Article1-688747.aspx
A similar item was there in another news paper DNA.To read the item,see the video and read my comments go to the following link:
http://www.dnaindia.com/videos/1535535
However, I was not happy with the comments made on the websites of the newspapers.So I penned a poem on this hilarious situation in Hindi.Here it is :
“Actress Deepika Padukone was embarrassed when she couldn’t make a roti for a cooking scene in an upcoming film”.This item was not less than a Breaking News item on the TV as well as in the news media.
Here is my take on this situation :
Deepika,Deepika,aap kaahey ko rotee ?
Agar aap sey,nahin pakti,gol gol roti !
Agar aap ki mummy nein kuchch sikhlaya hota,
Tau aap key nasseb mein,yeh din naan aaya hota.
Haath mein belan,agar bachpan mein thamaya hota,
Tau roti kya,parothaa bhi,aap ko banaana aaya hota !

Here is a literal translation of the above poem in English :

Dear Deepika,why are you crying if you cannot make perfectly round rotis (chapatis) ?If your dear mum had taught you something early in your life,you wouldn’t have faced such a situation now.Had she given a rolling pin in your hands instead of a badminton racquet,you would have not only learnt to make rotis,but also to make parothas ! Using a badminton racquet can turn you into a champion in life,but with a rolling pin in your hands,you can roll round rotis and prove yourself to be a dutiful wife. However,there is another side to this story as well.I wonder whether, Sidhdharth Mallya can be so selfish ?After marriage,will he make you do all the household chores? Will he ask you to make round rotis for him ? Deepika,you are the  “Dum Maaro Dum” girl,you have it in you.If the Mallya boy is a millionairre,you aren’t any where less.If you wield a rolling pin in one hand and a racquet in your other hand,will he dare to face your double strength? So,dear Deepika,smash your racquet with such a speed and force so that there is a lot of hullabaloo in the entire Bollywood ! In case you are still cannot make perfectly round rotis,don’t get dis-heartened a wee bit ! Just telephone the friendly neighbourhood dhabha walla and get them delivered to your home. In case,you are still forced to make rotis,tell your dear hubby to buy a Roti Making Machine from the market for you.Then you can just roll the dough into balls while he can press them into the machine to get round rotis.Pressing the lever of the machine,will be an exercise for his biceps and besides you can both share hot and perfectly round rotis together.

Isn’t that a good idea? 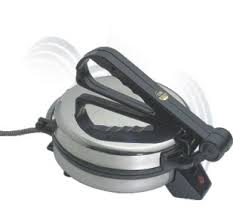 I am giving links to a few youtube videos for my readers in general and to Deepika in particular so that she can learn a few things about roti making.

1. Roti or Chapati or Pulka/Fulka(Indian soft bread) (By a cookery expert):

Bollywood Classic – Roti 1974 – Synopsis – Mangal Singh – Rajesh Khanna, has been a criminal, whose criminal career began by stealing food to keep from starving, and hence got him deeper and deeper into the criminal world. His crimes have caught up with him and he is sentenced to be hanged. He dramatically escapes with the help of an underworld don, Suraj – Pinchoo Kapoor, and is on the run from the police. He lands up in a small village in Northern India, and becomes a school-teacher with the help of a local girl, Bijli – Mumtaz. He takes on the identity of Ramu, a friend of Shravan, and goes to live with Shravan’s parents, Lalaji – Om Prakash and Malti – Nirupa Roy, little knowing that they are the parents of a man he killed while escaping from the police.

I think you will love watching this clip from the movie which was a hit of those times,when Rajesh was billed as a SUPER STAR:

Here are some visuals of Deepika and her love life : 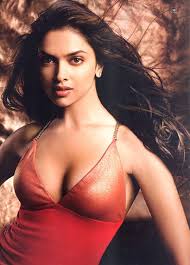 This entry was posted in Comments to print media, Humour, Movies & Entertainmaint, People. Bookmark the permalink.

5 Responses to To Deepika…