If one is to believe all newspaper reports,then as per media reports of 13th April,2011,Ratan Tata has finally confessed that he came close to marriage, four times.

Was it a case of once bitten twice shy and that too four times ? I wonder….

Literally,this proverb means that someone who has been hurt or who has had something go wrong,will be far more careful the next time.

In a rare admission on his personal life, the reclusive chairman of the Tata Group,Ratan Tata—in an interview to CNN’s Talk Asia, confessed that he ‘seriously’ fell in love four times and almost came close to marriage but due to some fear he backed off. “I came seriously close to getting married four times and each time it got close to there and I guess I backed off in fear or for one reason or another,” admitted Tata.

Now that set me thinking aloud.What could be the reasons for backing out or avoiding gettig married to the wrong person ?

After ruminating for a few hours on the topic,I think I can make an attempt to list some of the probable reasons why the gentleman did not take the ultimate plunge into the sea of matrimony:

1.He was worried that he may pick the wrong person because he expects her to change after he is married.

2.He was also worried about picking the wrong person because he focussed more on chemistry than on character.

3.He was probably afraid of picking the wrong person because he as a man didn’t understand what a woman needs most.

4.He prabably feared that he might choose the wrong person because he did not share common life goals and priorities with her.

5.He was wary of choosing the wrong person because he might get intimately involved with her too quickly.

6.He was also probably worried about picking the wrong person because he did not have a deeper emotional connection with her.

7.He hesitated because of the risk of picking the wrong person and with whom he didn’t feel emotionally safe.

8.It might be possible that the other person had not put everything on the table.

9.He wanted to be sure that he was not going to use the relationship to escape from personal problems and unhappiness.

10.He was perhaps worried because of the fear that the person was already involved in a triangle.

You see,I am not a psychiatrist. However, when a man like me, has stayed married to the only girl in his life, for, well how many years now,let me count,yes 34 long years,he qualifies to put someone like Ratan Tata on the couch to analyze his state of mind.

The positive side of Ratan Tata is that,unlike like most of us, who keep moping about the spilt milk and the lost opportunities and all that,he does not have any regret on his decisions to not marry any one of them.

Moreover, again,unlike you and me,who rarely confess our wrong doings,he has openly confessed before the cameras that, in hindsight when he now looks at the people involved,he feels it was a blessing in disguise that he stayed unmarried and away from the temptations and that it wasn’t a bad thing after all.He ultimately put a stamp of finality on the issue,by saying that he thought that it may have been more complex had the marriage taken place.Wow !

Now tell me,who all must have felt relieved with these confessional statements of his at his age now? Try to think over and I am sure you will have another angle to look into.

Before I log off,here are some of my choicest quotes on the subject :

1.”Marriage is like putting your hand into a bag of snakes in the hope of pulling out an eel.” -Leonardo Di Vinci

2.”I haven’t spoken to my wife in years. I didn’t want to interrupt her.” -Rodney Dangerfield.

3.”I’ve had bad luck with both my wives. The first one left me and the second one didn’t.”- Patrick Murray

4.”In my house I’m the boss, my wife is just the decision maker.”-Woody Allen

5.”Some people ask the secret of our long marriage. We take time to go to a restaurant two times a week. A little candlelight, dinner, soft music and dancing. She goes Tuesdays, I go Fridays.”-Henry Youngman

6.”Do you know what it means to come home at night to a woman who’ll give you a little love, a little affection, a little tenderness? It means you’re in the wrong house, that’s what it means.” -George Burns.

7.”Marriage is the alliance of two people, one of whom never remembers birthdays and the other who never forgets them.”-Ogden Nash.

8.”My advice to you is get married: if you find a good wife you’ll be happy; if not, you’ll become a philosopher.” -Socrates.

9.”Behind every successful man is a woman, behind her is his wife.”-Groucho Marx.

10.”Marriage is a great institution, but I’m not ready for an institution yet.”-Mae West.

BTW, if you have come any where closer to Ratan Tata’s matrimonial escape stories,I will be happy to have you on the couch for a chat.No fees ! Free publicity ! 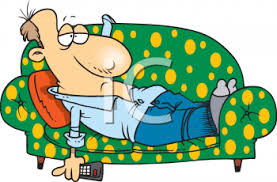 ARE YOU GAME ? A new season of “SACH KA SAAMNA” is about to start on a TV channel.Let me begin with you ! 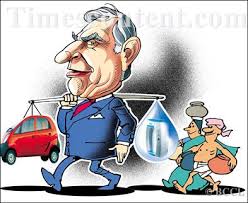