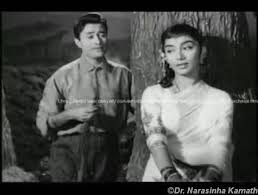 Most of us,who love Hindi films and are now in their sixties and seventies,will agree that black and white movies had,and still have their own old world charm. You will also agree with me that there are some excellent black and white movies of bygone era which we all simply love.Some of them that I ,and I think, most of you must have always enjoyed seeing, are: Do Bigha Zameen, Garam Coat,Dosti,Chalti Ka Naam Gaadi,Half Ticket, Aawara,Shree 420, Jagtey Raho, Teesri Kasam, Anuradha,Sahib Bibi Aur Ghulam, Kagaz Ke Phool and Anupama.Of course there are many more such classic Hindi films of that era. Now with reports that the original Dev Anand starrer “Hum Dono”(1961) has been colourised and is being released shortly on 4th February 2011, a sort of controversy has been raised in several media reports.The main question being asked is :should such old classics,termed as heritage films,be fiddled with for merely economic reasons,by converting them into colour and re-releasing them now ?

I still remember seeing “Hum Dono” several times on the terraces of University hostels in Baroda ( 1967-1973) late on Saturday nights at a nominal rate of 50 paise or Re.1.The old type of movie projector with its sparkling lights and the bright screen (or a big white wall) ahead,made a startling atmosphere at night under the dark starry sky overhead.We hummed the songs with the actors on screen,we knew most of the dialogues by heart.We whistled,we cheered when Dev Anand romanced Sadhna.

I distinctly recall till this date, a lovely song sequence of this movie,directed by Amarjeet,where a dashing and handsome Dev Anand in a grey shirt,buttoned right up to the neck, and a cute childlike and innocent looking Sadhana, in a white sari, singing to Sahir Ludhianvi’s immortal words, ‘Abhi Naa Jaao Chhod Kar…’ . The duet is in (late) Mohammad Rafi’s and Asha Bhosle’s melodious voices,set to an enchanting musical score by Jaidev.It is a beautifully picturised and lyrical love song, reflecting that era of our Hindi films,when these films were simple and yet magical. I have very often re-lived those memories by going to YouTube and have watched the afore-mentioned song along with other famous songs from the movie.For example: ‘Main Zindagi Ka Saath Nibhata Chala Gaya…’ and the soulful but heartbreaking number ‘Kabhi Khud Pe Kabhi Haalat Pe…’ Those delightful black-and-white images of these songs,are still imbedded in and are alive in my mind,after decades and that is how I would love to remember them.

A few years ago, a fully coloured version of Mughal-e-Azam was released.I still recall that this original black and white movie was partly shot in colour and the song sequence :” Pyar Kiya Tau Darna Kya” was one of the very stunning highlights of the film in those times.When I saw the fully-coloured version some time back,it was easy to see the difference between the original coloured portions and the remaining parts of the film,where colour was now added.

Besides the economic reasons for colouring these B&W golden oldies now,another very common argument being made by the producers/directors, is that today’s young generation,does not like watching black and white movies.The thinking is that with colourised versions of old movies,such old heritage and classicals will become more accessible to this category of the audience. I beg to differ and am of the view that this argument does not hold much water.What do you say ? I think the right approach should be to re-release these old B&W classics,as they are,with a view to educate the Gen Next about our rich heritage of our classical cinema from all parts of our country and to make efforts to help them appreciate it and recognise its real and true worth-today.I feel they are as worth as Gold !

As a bonus for my readers,here are the You Tube links to two songs from “Hum Dono” :

This entry was posted in Current Affairs, Heritage, Movies & Entertainmaint. Bookmark the permalink.