Posted on December 29, 2010 by Jatinder Pal Singh Broca
Its Blondes Time Again…
My readers are familiar with my fascination with BLONDES and I have earlier blogged on this species a few times earlier here.
In today’s Hindustan Times (29/12/10) I read an interesting piece of news. The news item is pasted herebelow:
‘Blondes earn more than brunettes’

Blonde women earn more than brunettes or redheads, a new study in Britain has revealed.
According to the study, based on a survey of 3,000 women in Britain,the average blonde earns some 23,150 pounds a year, versus 22,586 pounds for brunettes and 22,327 pounds for redheads.
In fact, to be specific, blondes pocket an average of 564 pounds more a year than women with dark hair – and 823 pounds more than those with ginger tresses. But it makes no difference if the colour is natural or from a bottle.
Despite this, more than half of blondes claim their firm “does not take them seriously”, ‘The Sun’ reported.
Meanwhile, dark-haired women are the most likely to work late, according to the survey by Superdrug chain.
Director of Toiletries Simon Comins was quoted by the British tabloid as saying, “Over a lifetime earning 600 pounds more a year can really add up, so blondes are having the last laugh.”
—————————————————
My take on this news is as under :
1.Hey Dark Haired Baby,go bleach your hair to earn more.
2.Dear Brunettes , its time to reach for the dye bottle.
3.I read some where that traditionally, the stereotype of a blonde is that she is a little ditzy and a bimbo, but this shows that blondes are the higher earners.
4.Does this mean blondes work the hardest? Apparently not.I understand that the study also showed that a typical blonde is a stubborn nine to five girl, who will be out the office on time leaving her brunette counterparts slogging away after-hours.
5.Here is your New Year Resolution for 2011-“I will earn more in
this year by turning into a Blonde.”

Before I rush off to buy a new year gift of a dye bottle for my girl friend,I wonder whether these researchers have nothing better to do than engage themselves with such insane subjects !

Any way, the news did make me chuccckkkllle early in the morning. 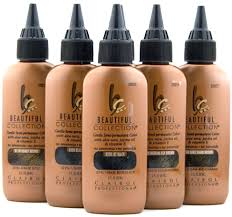 1 Response to Its Blondes Time Again…