This title appears to be cryptic,no? Somewhat like Shahrukh Khan’s forthcoming movie named Ra1 ?
No,no,its not so difficult.Well A stands for AJIT and R stands for RAJNIKANTH.An odd combination you will say ! Wait a while please.
Yes I am talking of late Ajit,the sauve and sophisticated villain of Hindi movies in the 70s to late 90s.His style of dialogue delivery and his famous punchlines from various films are still remembered by his fans and there are several websites where many famous and lively Ajit Jokes are listed and enjoyed by lovers of this actor ! I belong to the list of his fans.His dialogues:”Mona darling, Smart Boy, Lilly don’t be silly, Mona loot lo sona “, went on to become a rage and they sometimes overshadowed his earlier remarkable performances.I still remember some of his other famous catch-phrases from some of his movies: Sara shehar mujhe Loyan (Lion) ke naam se janata hai,“What’s your problem?” ” I lost my glasses” ” How very interesting..”.After his death in 1998,there has been no other villain like Ajit, I feel.
Recently, Rajnikanth has also become an equally famous cult figure,I feel,especially after his super hit movie named:”Robot – Endhiran” rang up the box office cash registers.His fans were in a state of frenzy,as it were, after seeing his stunts and action scenes in that film.I now see a parallel there since there are also several fan clubs of Rajnikanth and quite a few web sites are also devoted to jokes about his dare devilery, bravado and super human qualities.

So to come back to the title of this piece,I will now list 5 of my most favourite jokes on Ajit and 5 of the most popular jokes on Rajnikanth.I believe that if Ajit was an institution,Rajnikanth has the capacity to make you laughingly insane and send you to a mental asylum or an institution for mad-caps like me.I would like to clarify that I have no intention to offend any fans of these two gentlemen please ! Jokes are to be treated as Jokes and not be stretched so far as to convey as if I am offending these two stars ! OK ?
A 5  first :
1.Scene   :  Ajeet thoroughly disgusted with Mona
daaa..arrling’s typing.
Ajeet    :  Raaberrt, Mona ke dono hathon ko
kaat do.
Raabert  :  Magar kyoon Baas ?
Ajeet    :  Typing to nahi atee, kamsekam
shaarthand to  seekh legi.

R 5 next :
1.When Rajinikanth does push-ups, he isn’t lifting himself up. He is pushing the earth down.
2.Rajinikanth once kicked a horse in the chin. Its descendants are today called giraffes.
3.Rajinikanth doesn’t breathe. Air hides in his lungs for protection.
4.Rajinikanth does not own a stove, oven, or microwave, because revenge is a dish best served cold.
5.Rajinikanth got small pox when he was a kid. As a result small pox is now eradicated.
PS : You may have your own list of your favourite lokes on these two institutions,so in case you would like to share them, go ahead and respond,at your own risk and consequences !  Hope you must have enjoyed these jokes as much as I enjoyed posting them.So laugh away your blues dearies !! 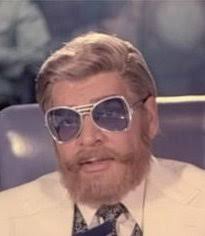 This entry was posted in Humour, Movies & Entertainmaint, Nostalgia, People. Bookmark the permalink.