Posted on October 19, 2010 by Jatinder Pal Singh Broca
Marry,Marry,Quite contrary !
Friends,the queer title of this piece is with a twist and borrowed from the lines of a famous nursery rhyme,I recall from my early childhood. The poem went thus :
Mary, Mary, quite contrary,
How does your garden grow?
With silver bells, and cockle shells,
And pretty maids all in a row !
Since last semester,I have been teaching Marketting Reasearch to MBA students.
Surveys are one of the major tools of marketting.Various types of surveys are there as discussed in the texts and in cases.
Recently, I came across a typical survey done by someone, somewhere,among some children between the ages of 6 and 10,on the subject :” Who To Marry” ? etc etc.
The answers left the surveyors foxed,for the kids came out with several witty,naughty,out-of-the-box answers,which even we elders can’t think of.
Here’s a sample for you to think upon,chuckle over and judge for your self about how grown up,how down to earth some of the kids of today can be :
Q1. Who to marry?
Answers:
1.You got to find somebody who likes the same stuff. Like, if you like sports, she should like it that you like sports, and she should keep the chips and dip coming.(Alan, aged 10)

2.No person really decides before they grow up who they’re going to marry. God decides it all way before, and you get to find out later who you’re stuck with.(Kristen, aged 10)

Q2. What is the right age to get married?

Answer:
Twenty-three is the best age because you know the person FOREVER by then.(Camille,aged 10)

Q3. How can a stranger tell if two people are married ?

Answer :
You might have to guess, based on whether they seem to be yelling at the same kids.(Derrick, aged 8)

Q4. What do think your mom and dad have in common?

Answers :
1.Dates are for having fun, and people should use them to get to know each other. Even boys have something to say if you listen long enough.
(Lynnette, aged 8)

2.On the first date, they just tell each other lies and that usually gets them interested enough to go for a second date.(Martin, aged 10)

Q6. When is it okay to kiss someone ?

2.The law says you have to be eighteen, so I wouldn’t want to mess with that.(Curt, aged 7)

3.The rule goes like this: If you kiss someone, then you should marry them and have kids with them. It’s the right thing to do.
(Howard, aged 8)

Answer :
It’s better for girls to be single but not for boys. Boys need someone to clean up after them.(Anita, aged 9)

Q8. How would the world be different if people didn’t get married ?

Answer:
There sure would be a lot of kids to explain, wouldn’t there?
(Kelvin, aged 8)

Q9. How would you make a marriage work?

Answer :
Tell your wife that she looks pretty, even if she looks like a dump truck.(Ricky,aged 10)
Exercises for married readers :
A) Readers can rate these answers as under :
5 marks for Excellent
4 marks for Very Good
3 marks for Good
1 mark   for So-so
B) Which is your favourite answer ? Why ?
C) Which answer,based on your own perceptions,is not far from the truth ?
D) Which according to you is the BEST answer ? Why ?
E) I think such lovely responses cannot come from Indian children.Do you agree/disgaree ?
Keep smiling….
BTW, die hard fans of Sharukh Khan will  know that this October the 25th, SRK will celebrate his nineteenth wedding anniversary to Gauri. The two got married on October 25th 1991 and so next October (2011) they will be completing twenty years of marriage. And what does the superstar feel about this?According to media based sources, Shah Rukh Khan is really looking forward to his twentieth year of marriage but insists that since they have known each other for eight years before marriage so it will be nearly thirty years of knowing each other.Shah Rukh had a very good advice for couples saying that it’s very easy to become a couple but very difficult to be one and that their married life is still as well as new because he and Gauri have been a couple instead of trying to become a couple.

Do you think contrary to what SRK says ? 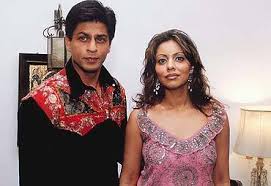