My letter in Business Standard.

MY LETTER IN BUSINESS STANDARD

The following was a news item published in Business Standard of 11th June 2009:

Employees at Satyam’s Hyderabad headquarters on Tuesday did something they haven’t been inclined to do since their founder Ramalinga Raju confessed to fraud on January 7: they distributed sweets.  The reason for this jubilation was the unexpectedly good results for the October to December quarter and the first two months of calendar 2009.  “Tuesday’s announcement has brought a lot of smiles and a serene sense of confidence to the associates,” a top Satyam official who took part in the celebrations today said.  They’re especially happy, he added, with the announcement of $380 million worth of new orders. “It’s a strong statement that is sure to help build hope.” Another employee said: “We had grown used to taking unpleasant news in our stride. However, things started to improve in the last couple of weeks and yesterday’s announcement has made us happier.” Tuesday’s announcement brings some degree of peace for Anand (name changed), who works at the Satyam Infocity campus, after almost 45 tense days triggered by media reports and rumours about laying off of about 8,000 employees who are on the bench and a likely pay of 50 per cent of basic to those on sabbatical. “The results, new client wins and business orders show good signs of our jobs being intact. With the media reports indicating that the company’s annualised revenue run-rate would be much higher than expected, we are now confident that Satyam and its new owner will keep the people on the bench busy with new client engagements in the coming months,” he added. An internal survey conducted by Satyam between April 13 and May 20, observed that Tech Mahindra’s acquisition of Satyam in May had helped regain client confidence. The conversion rate from red (sitting on the fence) to green (resuming normal business) rose from less than 40 per cent just before the acquisition to 80 per cent thereafter. However, some Satyamites, especially those on the bench, are still swinging between hope and hopelessness mainly because they say there has been no official communication to the employees from Satyam or Tech Mahindra. “Laying off people is still a worry. It is not that the employees are not looking for new options. Many seem eager to jump once they get an offer from other companies,” said an associate. The fact that the numbers are not audited and that the information provided might not be right, however, should be taken with a pinch of salt, he added. Karunakar, who has been working for QEdge — Satyam’s product and application testing practice — for the past two-and-a-half years and is currently on the bench, said colleagues here are still worried about their jobs. About 900 of QEdge’s 2,500 associates are currently on the bench. “For the time being, the company has initiated a 45-day training programme (which ended last week) on technology improvements, communication skills, etc to 115 QEdge associates who are on the bench. But we are still in the dark,” he said. A Satyam spokesperson said the training programme is focused on re-skilling and that there isn’t any layoff plan. “There will be no layoffs for sure. Work is on at full pace to re-utilise and cross-share associates between Satyam, Tech Mahindra and other Mahindra group companies,” he maintained.

This was my response by way of a letter displayed on the website of Business Standard:

Dear Sir, reading the news and seeing the celebratory mood of Satyam-ites, gives an impression that there has appeared a rainbow at the end of a dark tunnel of uncertainty and certainly it has generated a positive feeling amongst the staff that sooner or later they will find their proverbial pot of gold at the end of the rainbow. May their dreams be fulfilled and not shattered through lay-offs and bench-sittings. Tech Mahindra seems to have proved a lucky mascot for them. If indeed the audited books show a turnaround as projected by the media, then it will become one of the success stories of quick turnaround in corporate history and will be discussed as a case study in B Schools. May Truth Triumph This Time !! 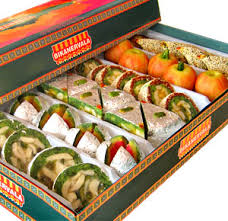 9 Responses to My letter in Business Standard.